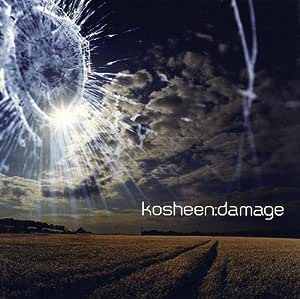 Daphne Fandango
5,0 sur 5 étoiles Amazing!
Commenté au Royaume-Uni le 18 décembre 2014
Achat vérifié
Reminiscing about years gone by and the stalwart album of my 20s, Kopakopelli, I decided to browse and see if they had put anything else out since. Boy was I shocked, they had been releasing stuff for years and I did not know this? How was this possible?! Anyway, proceeded to order up the best reviewed album and hey presto, this gem of a gem appears. Amazing. If you want sing a long but not cheesy, dying to tell your friends but at the same time wanting to keep all to yourself, killer melodies - this is the album you need. Kosheen at their best. Buy now! You won't regret it x
En lire plus
Une personne a trouvé cela utile
Utile
Envoi de commentaires en cours...
Merci de votre commentaire.
Malheureusement, nous n'avons pas réussi à enregistrer votre vote. Veuillez réessayer
Signaler un abus
Traduire les commentaires en Français

Kindle Customer
5,0 sur 5 étoiles Three is just as good...
Commenté aux États-Unis le 7 mai 2007
Achat vérifié
I got turned onto Kosheen years ago through an internet radio station that played "Catch" from Kosheen's first album "Resist." With the song stuck in my head, and an import CD later, I placed them in the tops of my favorite groups. With their second album, I figured they couldn't do it twice. I was happily, wrong.

Can Kosheen be as good the third time? Yep. As awe-inspiring as ever.

Kosheen is a hard group to explain. Are they Rock? Techno? Dance? Pop? All of the above wrapped in a perfect blanket of balance and singing glee? One song may be a "meme-pop," then next a smooth lyrical flow folowed by a bit of hard rocking fun. But, every song is something to groove to - something that makes you move.

Anyone that likes their previous albums, you won't be disapointed. Much like me, you'll be singing "Guilty" at the top of your lungs in no time. For those that have never heard of Kosheen? Give them a try. You might surprise yourself and find a wonderful gem.

Karl
5,0 sur 5 étoiles They only get better
Commenté aux États-Unis le 4 décembre 2007
Achat vérifié
I have owned the new album - Damage - for about a week now and it hasn't left my CD player except to go back to listening to the first two albums. There is not a bad song on the CD. I instantly had a regret that I did not shell out the money for the UK version which has two additional songs, but have since ordered it. The music is brilliant, as always, with that powerful upbeat feel layered over lyrically with angst ridden vocals. It certainly was worth the wait since the last release.
En lire plus
Une personne a trouvé cela utile
Utile
Envoi de commentaires en cours...
Merci de votre commentaire.
Malheureusement, nous n'avons pas réussi à enregistrer votre vote. Veuillez réessayer
Signaler un abus
Traduire les commentaires en Français