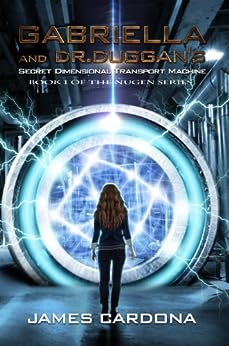 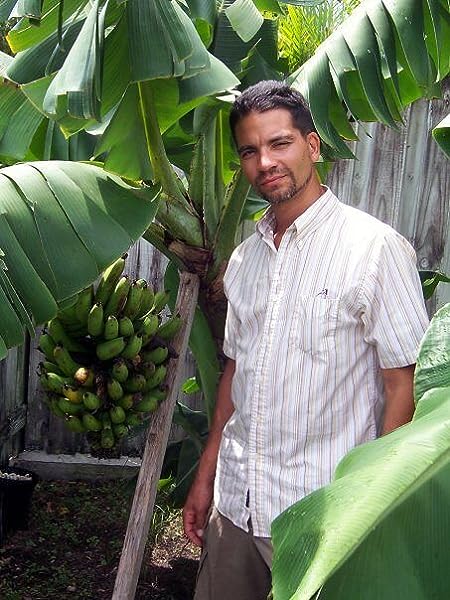 This science fiction tale sizzled and sparkled with energy, ingenuity, imagination, and a wonderfully heightened sense of adventure! --B White

Gabriella, a teenage girl who lives a simple life selling shoes in her parents clothing store, has her life turned upside down when two NuGen goons show up at their store. Shortly thereafter, her father is dead, tragically, and she finds out the entire life she had been living is a lie. They must change their name, run and hide, leaving everything behind that very night.

So starts the whirlwind adventure, a mystery set in a futuristic society, where affluent folks can have their children modified through genetic upgrades, that readers are calling "Compelling," "so good!" and a "great story that draws you in."

Gabriella discovers that she is a surprisingly good athlete and the only “non-modified” able to compete with genetically modified super-athletes. Did she become this way because of a genetic modification experiment her father conducted? Who killed her father and why? Are they after her? (Hint: They are.)
She’s offered a spot on a semi-pro farm team in Philadelphia. It’s her and her mother’s only escape from the dirt and dung of the shanty towns and favelas of Brazil so she takes it. But that puts her squarely in NuGen’s sights.
Kyle and Sebastian are NuGen liaisons to the team. Kyle is gorgeous but can he be trusted?

Gabriella meets Smith, a researcher who worked with her father. Her mother is smitten but Gabriella doesn’t trust him. What should she do? And why does it seem like he’s collecting fingerprints off her glass or stray strands of her hair? Why is he so interested in her DNA?
Due to her new-found notoriety, a physicist presents her the opportunity to be the spokesperson for his new invention, the Dimensional Transport Machine. The machine allows for near instantaneous travel across the planet by entering a portal one side of the planet and exiting on another. In between is a different dimension, but there’s nothing there so no worries, right? Or is there.

A tightly packed piece of work that demonstrates that this author knows his way around a story. --Robin Lynn

After entering the portal, Gabriella sees a ghost like creature who looks uncharacteristically like her dead father. Is it him? But why doesn’t he behave like her father? Why does his voice sound like that? Why doesn’t he hug her and love her, instead of being so distant? Who is the man in the Void?
With NuGen on her heels and her father's ominous warnings, Gabriella is on a quest to find out her true identity and solve the mystery of her dad's murder.

Part thriller, part sci-fi, and part mystery, Gabriella and Dr. Duggan's Secret Dimensional Transport Machine is suspenseful and exhilarating to read. It picks up speed as it goes along, and is impossible to put down. --Kelly

Full of action, drama, comedy, with a fair sprinkling of romance, this book will appeal to the young adult who is looking for a fast paced, edge-of-your-seat adventure full of mysteries that will keep you guessing.
Who is Gabriella? Is she modified? Is her father really her father? Or was she cooked up in a lab? If Gabriella can completely reinvent herself, casting aside her fictional past, who does she want to be?
Using the machine unleashes a bizarre and entertaining series of events that helps Gabriella discover who she is and who she wants to be.

Samantha Shanti Âû
5,0 sur 5 étoiles An amazing book about the chances for healing and growth we can all find in our lives, and a great read.
Commenté aux États-Unis 🇺🇸 le 11 novembre 2013
Achat vérifié
So here's the thing. I bought this because of the cover. I'm a total Stargate SG1 and Atlantis fangirl, and a bit of a geek. Okay, full on geek and mystic. So much so that one of the nicknames my family has given me is Carter - after Samantha Carter from SG1. Because I'm your goto girl when it comes to tech. But I'm also a geek like Daniel in ways, especially being a member of the Oma Desala fan club. So anyway, the cover, well it reminded me of the Stargate, and that was reason enough to buy the book.

Getting into it at first left me scratching my head, and feeling terrible, so much trauma for a family, then living in a remote area in poverty. That sucked.

The book picked up and took off though and I was completely hooked. The concepts expressed, and the journeys our protagonist had to go through, well they speak all to well to a world we are increasingly finding ourselves living in, weather we want to or not. The way Corporate power and implied ownership of people and our very DNA is brilliant. It's real, it's happening, and there's precious little we can do about it.

But Gabby, she's a fighter, and she's blessed with some extraordinary abilities and circumstances in her lives. Yes, lives. I'm not going to spoil it, but as another reviewer put it, this is like two books in one. And for all the tech, the sports, the science, the PSAs about where our world is heading, there is an underlying message that can't be missed. "When God closes a door, he opens a window."

Gabby's window happens to be a device not unlike a Stargate, only that to get from one gate to another, a gifted traveler can find what lies between. A connection to the mystical, to the realm of moving beyond our limitations into our possibilities. And in this part of the story, and the way Gabby navigates her life is just brilliant and breathtaking. She's a fighter, smart. and sees beyond the limitations some many of us refuse to open ourselves up to. Call it God, or Enlightenment, or whatever fits into your view of time and space, this is where the book really takes off, and Gabby has the chance to have, for the first time in her life, some control of her future. She looks carefully, seriously at the options, and makes hard choices we can each relate to at some level or another.

At first I was disappointed in the way the book ended, because I missed the part about it being book one of three. I'm so jazzed and looking forward to the rest of this story and where the Author takes us. He's doing a wonderful job so far!
En lire plus
Une personne a trouvé cela utile
Signaler un abus
Traduire les commentaires en Français

AS
4,0 sur 5 étoiles A sci-fi adventure that grapples with heavy concepts
Commenté aux États-Unis 🇺🇸 le 6 janvier 2014
Achat vérifié
Gabriella is unique. In a world of genetically modified humans, she is the only non-modified person capable enough to compete in athletic competitions designed for gene-modified super athletes. She needs every bit of her raw talent and training to get through what lies in store. Her father, a genetics researcher, has been killed for unknown reasons, and there are plenty of obstacles in the way of finding the truth behind her father's murder.

After a crushing injury threatens to end her athletic career, Gabriella is presented an opportunity as unique as she - advances in science have produced a device capable of teleporting people vast distances. As the device is on the cutting edge of technology, it goes awry with unexpected results. Gabriella is flung to a place in-between dimensions where she learns more about her father from the most unlikely of sources. I won't tell you more on that, as it would spoil it for you.

All in all, it's a good sci-fi adventure that grapples with such heavy concepts as scientific ethics, personhood and gene-modification, and persevering despite tough odds.
En lire plus
Une personne a trouvé cela utile
Signaler un abus
Traduire les commentaires en Français

Matthew D. White
3,0 sur 5 étoiles Interesting premise following multiple storylines
Commenté aux États-Unis 🇺🇸 le 12 février 2014
Achat vérifié
Full of intrigue and promise, Gabriella opens with a high amount of action and excitement but I found it dwindles later in the story. The narrative has the feeling of being at least 2-3 separate stories (sports hero, coming-of-age, time machine experimentation), which by themselves could be interesting but I found it difficult to follow between the different accounts. The writing, while being accurate as far as describing athletics and scientific concepts, is also written in the present tense which I find more than a little jarring.
Still worthwhile, but I would like to see the sequel released so I could continue the story.
En lire plus
Une personne a trouvé cela utile
Signaler un abus
Traduire les commentaires en Français

BD Mc
4,0 sur 5 étoiles it was hard to put this one down, try.
Commenté aux États-Unis 🇺🇸 le 4 octobre 2013
Achat vérifié
From a mysterious and unnerving past Gabriella emerges to become a runner in the newest competition connected with Ultraball. Gabby will become your lifeline to an unforgettable sci fi adventure. The science is fascinating. The story is spellbinding and Gabby will be your next best friend. Join this tale as it takes you to new places following the vicious sport of Ultraball and the tag along sport of "running". Gabby is ensnared into the world of genetically altered humans and the twists that science can take.
En lire plus
Une personne a trouvé cela utile
Signaler un abus
Traduire les commentaires en Français

Glencora
1,0 sur 5 étoiles Ending not worth waiting for.
Commenté aux États-Unis 🇺🇸 le 13 octobre 2013
Achat vérifié
I gave this two stars instead of one, because the book is at least edited. And it kept my attention, but only because I wanted to find out what was going on. Instead, the book ends abruptly with no explanation of ANYTHING. It's exactly as if the author suddenly decided he was tired of writing it.

And I can't blame him. The story is disjointed, with odd, glaring inconsistencies (she must undergo a battery of medical tests before getting in the machine, yet the doctor puts her in the machine and doesn't give her the tests until afterward...things like that). And the main character is an idiot. She sees her mother's friend AND her fiance each steal a sample of her DNA, and says nothing to anyone? And doesn't regard that again? She finds out that her best friend's much-loved boyfriend isn't the one who attacked her, yet lets her keep thinking he was? Then she finds out the same guy killed her father, and that's never even mentioned again?