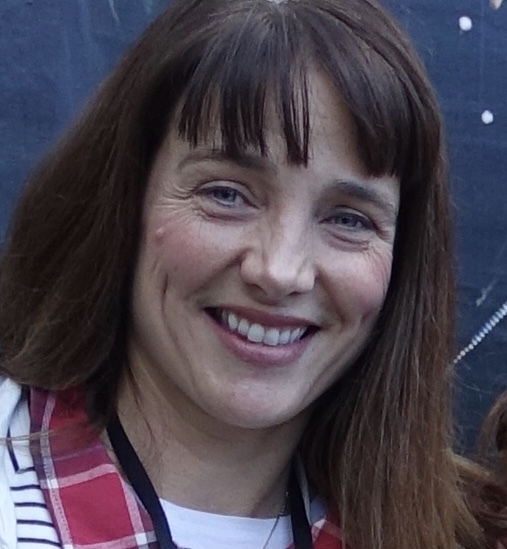 Caitrina Lamont peered into the looking glass as the young maid pinned the last section of lace ruff in place behind her neck. The delicate points, embellished with tiny jewels, framed her face like a sparkling halo. She bit back a mischievous smile, having no illusions in that regard. As her brothers so often delighted in pointing out, she was far too bold and opinionated to ever be confused with an angel. “A man wants a biddable, demure lass for a wife,” they’d tease, knowing full well they were only encouraging her to do the opposite.

Finished at last, she stepped back to get a better view of her new gown in the small mirror. Excitement sparkled in her eyes. The dress was truly magnificent. She met the reflected gaze of her beloved nursemaid in the looking glass. “Oh, Mor, isn’t it the most gorgeous gown you’ve ever seen?”

Mor had been watching the proceedings with the brooding consternation of a mother sending her son into battle for the first time. The analogy wasn’t too far off. Tonight, there would be a great feast to celebrate the opening of the Highland gathering being held this year at Ascog. But Caitrina was well aware that her father had every hope of securing her betrothal to one of the many Highlanders who would be descending on their keep to test their strength and skill. Quickly, before it could spoil the excitement of her gift, she pushed away the disagreeable thought.

“Gorgeous?” The older woman snorted her disapproval, staring meaningfully at the low-cut square bodice where Caitrina’s bosom strained to near bursting against the tight confines of stays and satin. Mor shuffled the young maidservant out of the room and then resumed her diatribe. “Immodest is more like it. And I don’t know what’s wrong with the twenty other ‘gorgeous’ gowns you have hanging in the ambry.”

Caitrina scrunched her nose. “Oh, Mor, you know I have nothing like this.” She glanced down at the swell of flesh rising high over the edge of her gown. The neckline was rather low. She could practically see the pink edge of her … She fought the blush, knowing that it would only give Mor further cause for argument. “This gown is quite proper,” she said firmly. “All the fashionable courtiers are wearing dresses just like this at Whitehall.”

Mor muttered something that sounded suspiciously like “damn fool English,” which Caitrina chose to ignore. Centuries of enmity would not be forgotten simply because Scotland’s king had also become England’s. She lifted the pale gold silk in her hand, allowing the light from the window to catch in iridescent waves, and sighed dreamily. “I feel like a princess in this dress.”

The old woman snorted. “Well, it certainly cost a king’s ransom to have such a gown sent all the way from London to the Isle of Bute.” Mor paused and shook her head. “ ’Tis sheer foolishness when there are perfectly capable dressmakers in Edinburgh.”

“But they are woefully out-of-date with the most recent styles,” Caitrina protested. Still, something Mor said bothered her. She bit her lip, not having considered the cost of her father’s largesse. “Do you really think it was too costly?”

Caitrina’s mouth twitched, fighting another smile. “It wasn’t blackmail. The gown was Father’s idea. No doubt he was feeling guilty for forcing me to endure the attentions of the endless parade of peacocks he struts across our hall. I think he agreed to have the gathering at Ascog with the hope that with so many ‘braw lads’ to choose from, I would find one to my liking—as if I were picking a bull at market.”

In truth, her father’s insistence that Caitrina begin a search for a husband worried her more than she wanted to let on. It wasn’t like him to be so stubborn. That was Mor’s domain.

Mor assiduously avoided the subject of marriage and returned to the gown. “That man would have offered you the moon to see your tears dried. I suppose it could have been worse than one dress.” She shook her finger at Caitrina. “But one of these days someone is going to come around who you can’t twist around that pretty little finger of yours.”

Caitrina grinned. “They already have.” She leaned over and pressed a kiss on the wizened cheek. “You.”

Caitrina wrapped her arms around the old woman, resting her cheek against the scratchy wool of her arisaidh, savoring the warm, familiar scent of peat and heather—of hearth and home. “Do you really not like the gown, Mor? I won’t wear it if you don’t.”

Mor held her back by the shoulders and looked into her eyes. “Don’t listen to me, lass. I’m just a silly old woman who’s worried about what the wolves may do to my wee lamb.” Her gaze softened. “You’ve been so sheltered, with no inkling of the wickedness of men.” The back of her finger smoothed Caitrina’s cheek. “That gown simply reminds me that you are a woman full grown.” Caitrina was surprised to see tears misting in Mor’s troubled eyes. “You look so much like your mother. She was the most beautiful lass in the Highlands when she ran off with your father.”

Caitrina’s chest squeezed; though her mother had been gone for over ten years now, the pull of emotion was still strong. She’d been eleven when her mother succumbed to the wasting ailment, and the memories of the laughing, beautiful woman who’d held her in her arms grew fuzzier with each year that passed. But there would always be an empty place in her heart and the knowledge that a vital piece of her was missing.

“Tell me again, Mor.” She never tired of hearing the story of how her father had caught one glimpse of his enemy’s daughter and fallen in love. Of how her parents had met secretly for months, until her father finally convinced her mother to run away with him.

Her heart plummeted, thinking the worst. Who was hurt, and how badly? She grabbed Brian by the shoulders and with a calmness she didn’t feel—but with three brothers to take care of, she’d unfortunately become used to—said, “What’s happened?”

He eyed her warily. “Promise you won’t be angry?”

“How can I promise when I don’t know what it is?”

At only two and ten, Brian had yet to develop firm negotiating skills. He gave up bargaining and started with excuses. “It wasn’t my fault,” he hedged. “I told Una—”

At the mention of the little girl’s name, Caitrina guessed what was wrong. “Oh, Brian! How many times have I told you to keep those beastly dogs away from the kittens?”

He looked down at his feet, shamefaced. “I told Una that I was taking the lads out, but she forgot to close the door to the stables, and then, well, it happened so fast. Boru was just playing, but the silly cat ran up the tree.”

Brian grimaced. “The old oak. Caiti, please, you have to help me get the kitten down before Una finds out. She’ll cry.” He kicked at the wooden floor uncomfortably. “I hate it when she cries.”

Caitrina met Mor’s gaze. Una was her granddaughter, and Mor had a soft spot for the little girl.

“I’ll see if I can keep her occupied while you,” Mor said, stabbing her finger at Brian’s lanky chest, “get that kitten out of the tree.”

“Come, Caiti, hurry,” he said, dragging her by the hand from her solar.

It wasn’t until they’d stepped outside the keep and started toward the gate in the barmkin wall that the curious stares of her clansmen reminded her that she was still wearing her new gown—and no shoes.

Though the skies were blue, the ground was damp from this morning’s rain, and mud squished between her toes. Knowing there was nothing she could do about it now, she lifted her skirts as best she could to keep from soiling the hem.

“You might have given me a moment to change my gown,” she grumbled.

Brian spared her a hurried glance. “Why? You look fine.”

She rolled her eyes. Brothers. She could be wearing a sackcloth and they wouldn’t notice.

After passing through the gate, they headed down the path, taking the right fork that led toward the woodlands—the left led down to Loch Ascog. On the eve of the games, the outbuildings along the banks of the loch were bustling with activity, but as she and Brian hurried toward the trees it was surprisingly quiet, except for Boru’s barking, which grew louder as they neared the great old oak. The Lamonts descended from the great kings of Éire, and Brian had named the dog after his namesake—Brian Boru, the famed high king of centuries past.

“You left the dog here?”

Her brother reddened. “I told him to go home, but he wouldn’t listen. Since the silly cat was already stuck in the tree, I figured it wouldn’t matter.”

“He’s probably scared the poor thing half to death.” She turned to the dog and said sharply, “Boru!” He stopped barking and looked at her, head cocked at an inquisitive angle. She pointed in the direction of the castle, no longer visible through the trees. “Home.”

With a soft whimper, Boru nuzzled her skirts and gave her an apologetic look with his soulful brown eyes. She shook her head, refusing to be moved. The dog certainly had a gift for the dramatics. “Home, Boru.” Whimpering again, this one even more pathetic, the great deerhound hung his head low and trotted back toward the castle.

“McCarty has captured the true feel and essence of the Scottish Highlands. . . . Most authors aren’t this good from the start.”
–Night Owl Reviews

Monica McCarty is the bestselling author of the Highlander trilogy (Highlander Untamed, Highlander Unmasked, and Highlander Unchained). Her interest in the Scottish clan system began in the most unlikely of places: a comparative legal history course at Stanford Law School. After a short but enjoyable stint practicing law, she realized that her legal vocation and her husband’s transitory career as a professional baseball player were not exactly a match made in heaven. So McCarty traded in her legal briefs for Scottish historical romances with sexy alpha heroes. She lives in the San Francisco Bay Area with her husband and their two young children.