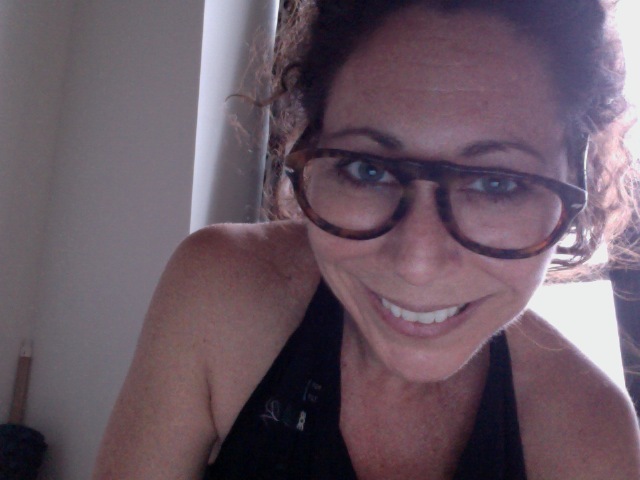 She lies in the field of tall grass, her arms and legs stretched out as far as they will go, breathing in the smell of summer dirt and heat and Mr. Eliot’s trimming in the garden. The dragonflies loop over her, their blue-green wings gleaming like the lids of Chinese boxes.

She thinks of that time when she was younger and she climbed the yew tree and the branch fell off and made a crack like a lightning bolt in the garden wall that cost thirty-one pounds to fix. She had lost her allowance as a result, but she can’t remember if it had been repaired. It is so pleasant here, with the sun and the dragonflies and the grass tickling and —

The ground beneath her vibrates with the angry pound-ing of his boots as he comes toward her, for her. He is nearly on top of her before she realizes it, bearing down, fast. She lies there, completely still, her fingers digging into the dirt, paralyzed with fear. Thinking, not again, please not again. Thinking, don’t let him see me, don’t let him find me, oh god —

“You can’t hide from me you stupid bitch! Show yourself now.”

She gets up and runs for her life.

The Lion examined his reflection in the mirror scrupulously, running a hand through his hair.

Who is the most dangerous man? The brave man? The wise man? The rich man?

None of these, sir. It is the mediocre man.

Because he is invisible.

No one would remember anything special about him, the Lion decided. Nothing he didn’t want them to, anyway. Done up like this, he would look just how he was supposed to look for where he was going.

When he was not on a job, the Lion was a snappy dresser. He spent a lot of money on his clothes, but he felt it was worth it. He didn’t talk much so he let clothes show what kind of a man he was. They drew attention to him, made people remember him, hid his other identity. And he liked to look good, liked the way women eyed him, then blushed. He liked it a lot; it gave him satisfaction.

The Lion was, in his own opinion, the best killer in England.

Sunlight slants at crazy angles between the boughs of the trees, making a corridor of irregular golden beams. They dance over her arms and hands like fairies as she flees through them, running as hard as she can, biting her lip to keep from screaming.

“I see you!” he calls from behind her, not sounding winded. Heavy footsteps follow hers, filling the air with crunching and the smell of decaying leaves.

“When I get my hands on you I’ll flay you alive.”

She can hear him thrashing through the branches behind her. She has the advantage, being smaller, but not for long. He is gaining on her. She can feel his fingertips inching closer to her, smell his sweat now, oh god he’s —

She trips on a rock hidden beneath the leaves and falls, headlong. She scrambles to her feet, gets caught up in the hem of her gown for a moment, then keeps running. She wills herself not to look behind her.

“You idiot,” he says, and she can feel his fingers first graze, then grab her shoulders. He drags her, her feet leaving long brown lines in the dirt as he says, “There is no escaping from me. Don’t you know that by now?”

The Lion had read everything he could get his hands on about every other killer and he knew that none of them even came close to him. Only one man had ever even approached his numbers, and he’d been caught three years earlier. Besides, he wasn’t impressed. That man had only killed girls.

The Lion killed men. Lots of men. And no one ever caught him. He was sure he’d done more kills than anyone else he could think of, maybe even more than anyone in Europe. And nobody knew who he was.

The people who saw him every day — men like Joey Blacktooth and “Can Can Kyle” the barman who kept the tankards full at the Dancing Fawn — didn’t think much of him. They’d call him the Loin or sometimes even the Groin after the way he looked at the ladies, but only behind his back. Truth was, they were a little scared of him. The man — more like a boy really — was strange. He came in at night and sat alone at the table in the back, pulling scraps of paper out of his doublet and studying them. They elbowed each other in the ribs and laughed at him and pointed him out to strangers as a curiosity, but only when he wasn’t looking. If they had been more forward or if a single one of them could read, they would have died. As it was, they were no threat to him and the Lion was content to let them stare.

It’s not what you are, it’s what you seem to be that matters.

Right now, the Lion seemed just like anyone else. But soon. Soon would be different.

When goddamit? I have waited —

What is the true knight’s most important ally? Is it his master?

Is it his weapon?

What is it? Answer me!

I am so tired of being patient.

Aaaaaaaaahhhhhhhh! he cries when the heel of her boot lands in his groin.

His fingers lose their grip on her as he reaches between his thighs, moaning, staggering sideways.

She throws herself forward, away from him. The woods thin and she is in a garden, in view of the house. If she could only get there, only get in, she thinks, she could be safe. Late blooming roses flash by her in blurs of red and yellow as she runs across the paths, weaving drunkenly as her feet touch the uneven stones. Gravel sprays up behind her as she runs like loud rain, pat pat pat pat patpatpatpatpat, and over this she hears the sound of his moans.

Then she hears his footsteps.

“You’ll never get away, you two-faced whore,” he calls. Calls, not yells. Calm. Not running, walking. Too calm.

Ha ha ha he laughs. Then he says, “No way you’ll get over the wall, is there? And I’ve locked the gate. May as well stop and get ready for what’s coming. You’ll need all your strength to pray for mercy, you heartless bitch.”

The Lion came up with that name for himself late one night when he was lying in a noisy room with one of the beauties from Fleet Street. She’d traced the scar on the inside of his forearm with her finger and said, “Where’d you get this, love?”

“Nowhere,” he’d replied gruffly, pushing her hand away. There was one thing whores were good for, and it wasn’t talking. Plus, he didn’t want to think about his past that night. It was his future that was preoccupying him. He’d been working in the same way for a while now, and he saw that it was time to change, move on. He needed something bigger, more taxing. There had to be better challenges for a man of his talents.

“Looks like a sun,” the whore had said then, stupid bitch, not getting that he didn’t want to discuss it with her. “Or like a lion’s head.”

The fact that it was a whore who gave him the idea for his name made him a little queasy, so he never told anyone. And because he didn’t like to owe anyone anything, he saw to it that she couldn’t ever tell either. He could have hurt her, but as a favor, sort of a thank you present, he made it painless.

It’s just a coincidence, he told himself.

There is no such thing as coincidence.

The Lion swatted the memory away and turned to the table behind him. There were a variety of weapons on it, mostly knives. He had found that a knife worked best for almost every job. They were more elegant, more gentlemanly than any other weapon. And he was, of course, a gentleman.

Plus, he liked to see his victims’ blood close up, liked to sample their last breaths. Liked to savor the taste of death from their lips. There was nothing else like it.

She is a caged animal she thinks, she is doomed, she is going to die at his hands, and then she sees that he lied. The gate is not locked, the gate is open, the gate is her escape and she runs through it.

She does not stop to think how he could have made such a mistake but turns to the left, toward the kitchen yard, hoping he will think she went into the stables in front of her. She can barely smell the roses anymore — where is everyone? — her legs are burning, her chest aches, her mouth stings with dryness.

“Stop where you are, you stupid bitch!” he orders, not far behind her, not fooled.

She is not running now, she is stumbling, swerving crazily, slipping on the mud of the yard. She plunges toward the door, blinded by the dimness inside.

With unsteady hands she gropes along the wall until she finds —

“Where the hell are you?”

— a door. It opens, she falls through it, stumbling over boxes, falls to her knees, to the floor.

What is the loudest sound?

What is the most powerful weapon?

What is the path to control?

Very good. I think you are ready.

“I think so, too, master,” the Lion said to his reflection in the mirror. He pronounced the last word with amusement. It was part of the game he played, the mask he wore. But just as he had no peer, he had no master. He was his own man. He patted down his hair one last time and smiled at himself. He liked what he saw.

He was the best.

Not long now, everyone would know it.

“Where are you bitch?”

She knows not to answer, not to say where she is. If she is quiet he won̵...

Michele Jaffe holds a Ph.D. in Comparative Literature of the Renaissance from Harvard University. She is the author of The Water Nymph and The Stargazer. She lives is Las Vegas, Nevada.
En lire plus
Dites-le à l'éditeur :
J'aimerais lire ce livre sur Kindle !