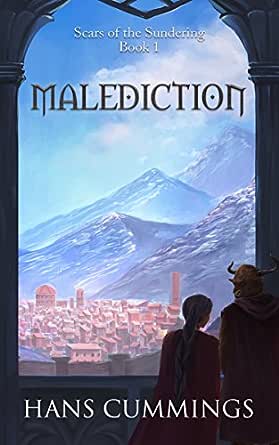 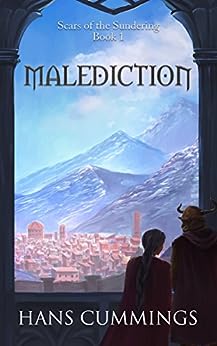 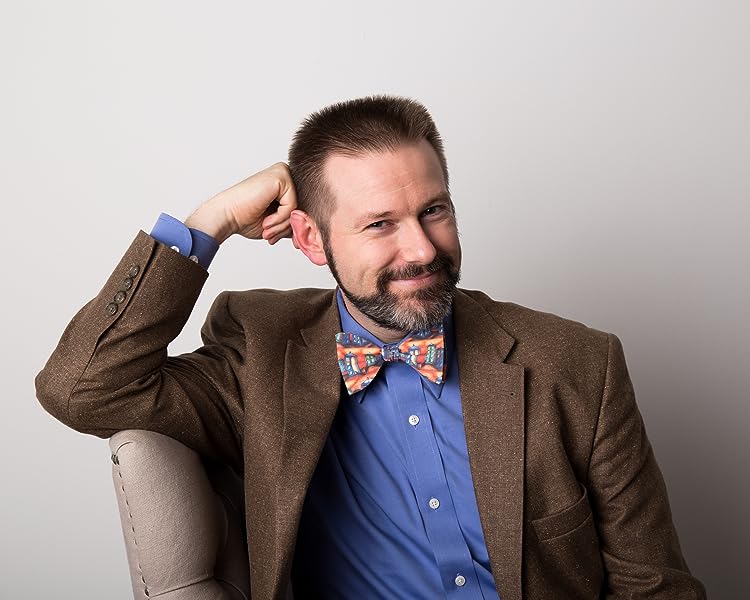 Pancras thought trouble waited at the end of his journey.

Shadow demons, chaos rifts, and petty archmages all conspire to disrupt his quiet life. Summoned to face a Mage's Guild inquest over minor grievances, the minotaur wizard leaves home and travels south with his companions, the twins Delilah and Kale.

Harsh winter weather traps them in an unfriendly city where a run-in with a drunken bully leaves him dead and the trio in jail. Fortunately, the opportunistic prince of the city needs a wizard to curse his unwanted wife. The only catch is Pancras's sense of honor.

As he stalls for time, the twins involve themselves in an uprising in the city's salt mines. Pancras left necromancy behind him, but it's looking more and more like he'll need to break his moral code--and further anger the Mage's Guild--to get them out of the city in one piece.

Malediction is book one in the exciting Scars of the Sundering trilogy set in the World of Calliome.

The author of the Fantasy duology: The Foundation of Drak-Anor: Wings of Twilight and Iron Fist of the Oroqs as well as the Zack Jackson science fiction series, Hans Cummings is Nuvo's Best of Indy — Best Local Author 3rd place Honoree for 2014. Two of his short stories appear in Fear the Boot’s Sojourn speculative fiction anthologies. Hans also is a volunteer for the tabletop gaming industry ENnie Awards and maintains a gaming blog http://doctorstrangeroll.wordpress.com in addition to his writing blog http://vffpublishing.com. Hans earned a Bachelor of Arts degree in English from Indiana University in 2006. He grew up in Indiana, Germany, and Virginia and returned to Indiana when he was 21. He currently lives in Indianapolis with his wife and stepdaughter. His hobbies include tabletop and computer gaming, smoking meat, and igniting young people's curiosity and passion for science and exploration.
click to open popover

Mike Wolff
5,0 sur 5 étoiles Great Fantasy!
Commenté aux États-Unis le 3 août 2015
Achat vérifié
Malediction (Scars of the Sundering Book I) is an excellent book. It is the follow up to the successful Foundation of Drak-Anor series by author Hans Cummings. Following the exploits of Pancras, a Minotaur wizard and his friends Delilah and Kale, twin Draks, as they travel outside their home of Drak-Anor towards an unknown, and possibly dangerous future.
This is an intelligently written book. Well thought out, highly developed characters abound as the author weaves yet another wonderful story from the World of Calliome he has created. Although I feel that the reader would benefit from reading the Foundation series first, it is not essential to the enjoyment of this book. It would simply give more depth to the well-established characters. Knowing more about where they come from just enhances the experience. I thoroughly enjoyed them; I’d hate for you to miss out.
A few times I had difficulty following the dialogue, as there was so much action within the pages of this book, but I was quickly able to steer myself back into the right direction. It, again, is not detrimental to the book, just an observation.
If you are a fan of true “Fantasy”, I highly recommend this book. It has it all…and then some. Cummings is an author to watch out for; he has talent.