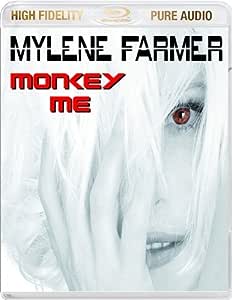 M. Hendry
5,0 sur 5 étoiles No monkeying around here ......
Commenté au Royaume-Uni le 12 mars 2013
Achat vérifié
Because we here in Britain tend to discount continental European music for some obscure reason, then French Pop artists like Mylene have always been overlooked when it comes to actually listening to the end product.
As a huge fan of this amazing performer, I have always listened to her offerings with special interest, because her unique sound and style is something that sets her apart from many run of the mill artists of the present era. Mylene has evolved her sound with the changing times, and as a result has maintained her huge fanbase, as well as recruiting a continuing army of new followers, who will eagerly listen to her, and agree that she has talent in great abundance.
Monkey Me for me, is arguably the best album ever from the French Queen of Pop, with every single track containing that special something that encourages a further listen at a later date. Eventually the entire album grows on you and has you wondering why on earth you allowed such music to go unheard to for so long.
If pushed into listing my personal favourites from the contributions on this amazing album, then I would have to mention Love Dance, Elle a Dit, Quand, Ici Bas and the title track Monkey Me.
But don't take my word for it ... if you haven't heard Mylene Farmer before, then you really should listen to this album and rate her for yourself. That fantastic French sound will capture the imagination, and you will possibly be a new recruit to the fanbase ......

MICHAEL GRANT McBRIAR
5,0 sur 5 étoiles Classic French Pop at it's best
Commenté au Royaume-Uni le 13 décembre 2013
Achat vérifié
Once again Mylene produces a vintage pop album which leaves all of her fans blown away by her spellbinding and sexy vocals.
Her music is absolutely 100 percent addictive.
The stand out tracks are "NUIT D'HIVER" Winter" night, & A LOMBRE both are good enough just to take a chance on this album.She Mylene never disappoints as her quality shines through.

Eric Vandewiele
5,0 sur 5 étoiles Mylène...
Commenté au Royaume-Uni le 28 avril 2013
Achat vérifié
The album requires some listening before it can appreciated at its real potential.
This is a great album. There are some very amazing songs that will remains.
Hope to see those songs at her concert.

Garry H
5,0 sur 5 étoiles Even better than the last album; can't stop playing it
Commenté au Royaume-Uni le 31 mai 2013
Achat vérifié
Best album since Avant que l'Ombre; is it a coincidence that the first single from it is "A l'Ombre"?
As catchy and addictive as ever, the tour should be amazing.

Wolfen
4,0 sur 5 étoiles Not as good as the previous one but still entertaining
Commenté au Canada le 28 mai 2013
Achat vérifié
Hard sometimes to beat you own excellent previous work as Mylene created 2 great albums prior to this one. So not a lot of surprises in this one but of course still enjoyable. A must for fans but if you are a first-time listener, buy "Points de Suture" or "Avant que l'ombre".
En lire plus
Une personne a trouvé cela utile
Utile
Envoi de commentaires en cours...
Merci de votre commentaire.
Malheureusement, nous n'avons pas réussi à enregistrer votre vote. Veuillez réessayer
Signaler un abus
Traduire les commentaires en Français