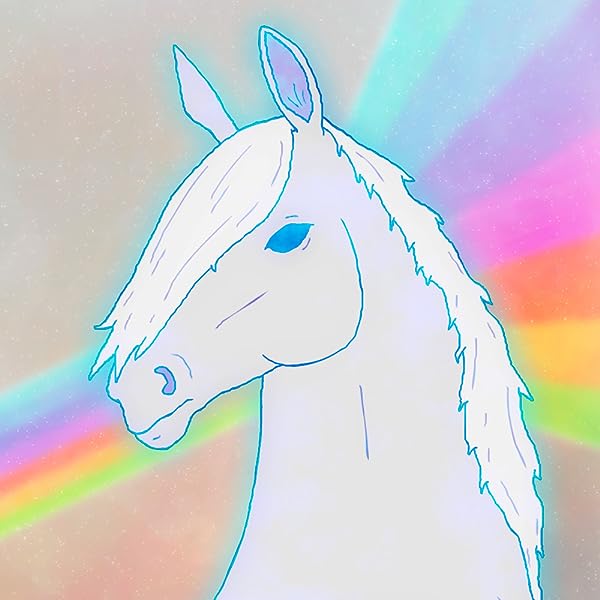 Thorgonator
5,0 sur 5 étoiles I came looking for Copper, but found Gold.
Commenté au Canada le 15 janvier 2020
Achat vérifié
Well, I bought it. I thought to myself "Why not support FilmCow? I love their videos and would happily spend 6 USD to support them and get a neat little collectible out of it."

I was surprised to learn that the book is... weirdly good. The story is interesting and keeps you reading, and when you're done you'll find yourself wondering how on earth you just enjoyed reading a book about a flying tooth experimenting with the magic of time travel. I'm going to go buy some of his other books in the hopes of a similar experience.

Hank Montgomery
3,0 sur 5 étoiles Surprisingly boring.
Commenté au Royaume-Uni le 29 juillet 2017
Achat vérifié
This was surprisingly well written, mainly in how Jason has managed to avoid all the typical trappings of self-published authors: poor grammar, bad spelling, and illogical syntax. (Except for one: Jason should have written 'an excellent' rather than "a excellent" on page 11.) But Jason is obviously a talented storyteller, with all his successful cartoons, so the fact he can write a novelette doesn't surprise me.

The plot of this story, however, was mostly boring. The characters were quite dull, as was the location. None of it was bad per se, but neither was it interesting. Being such a short book, and having spent £5, it wasn't hard to finish, but at times I did have to force myself, worsened by one key issue: the book isn't funny.

I started reading the book in FilmCow's voices, and for a while this worked, but after realising the book wasn't that funny, I stopped, and the humour never quite returned, barring occasional amusements.

I can forgive Jason for writing a book with dull characters, locations, and plot, but I can't forgive him for writing an unfunny book, which this mostly is.

Overall, the book made sense, it is well written, I was never lost or confused, but I was never entertained.

I would give this book a 2.5 out of 5, rather than a 3. This book is painfully average.

dghthdgchtrdhbgfcyhtfc
3,0 sur 5 étoiles Not as good as i hoped, but not bad either.
Commenté au Canada le 2 septembre 2017
Achat vérifié
It was interesting. Funny at times. But not for most of it. The ending is very abrupt and I feel it's too short. Like more could have added to this odd story. But the way it ends I'm just left going.... Okee. It's interesting to find out why Professor Toothy does what he does, and some of the ideas are kinda neat.

WhatsamattaU
5,0 sur 5 étoiles This is actually good. Like, really good.
Commenté aux États-Unis le 23 juillet 2017
Achat vérifié
I bought this not really knowing what to expect. I'm a big FilmCow fan, and I learned about this through his Patreon, so I picked this up when I saw it was available. I thought it was going to be like the cartoon - silly, wacky, with a funny tooth thing yelling about lamb chops and what such nonsense, for 60 pages or so.

No. No, that's not what this is. This is actually a legitimately good story with compelling characters and everything. Jason Steele actually managed to turn Professor Toothy, of all of his shorts, into an intriguing story with a legitimately interesting lore. I'm not kidding. This is well worth $6, and shows that Jason has some legitimate writing talent outside of his shorts. I'm excited for if he ever writes anything else like this in the future.
En lire plus
48 personnes ont trouvé cela utile
Utile
Envoi de commentaires en cours...
Merci de votre commentaire.
Malheureusement, nous n'avons pas réussi à enregistrer votre vote. Veuillez réessayer
Signaler un abus
Traduire les commentaires en Français

Yitzy Abramowitz
5,0 sur 5 étoiles I can't believe how good this was...
Commenté aux États-Unis le 31 juillet 2017
Achat vérifié
I've always considered Jason Steele to be the master of writing absolute nonsense. I love all the cartoons and Professor Toothy is very high on my list. When I read a review stating that this book was good as in 'actually has a cohesive well thought out storyline,' I said "Hah! I bet this is the goofiest thing yet and this is just a joke review."
I was so wrong. This 60ish page story IS well thought out, has interesting characters who I fell in love with, character arcs, and of course. Professor Toothy. Who would have guessed that one of Filmcow's strangest toons could make complete sense!?! This was a fantastic read. Part of me wishes it was longer, but another part feels like the charm of the story is that it is kept tight and not drawn out.
I would like to make it a point to say that I almost never post reviews, but this was so good, that I feel compelled to write my feelings down. I want people to know how good this is. I want them to know how well Jason can write, even when it isn't zany nonsense. I want Jason to know that, should he ever release a novel, I would be first in line to buy it.
Thank you sir. I look forward to reading a story about Plulax eventually :)
En lire plus
5 personnes ont trouvé cela utile
Utile
Envoi de commentaires en cours...
Merci de votre commentaire.
Malheureusement, nous n'avons pas réussi à enregistrer votre vote. Veuillez réessayer
Signaler un abus
Traduire les commentaires en Français

Adam
4,0 sur 5 étoiles A well developed contradiction
Commenté aux États-Unis le 29 juillet 2017
Achat vérifié
It's strange, it was extremely well written...like almost on a Harry Potter level...the characters and plot were very well developed. The only thing I didn't like actually was Professor Toothy being in the story. The original cartoon he was in portrayed him as a comical entity, and in this story he was serious and sagely it seemed. I think if Jason would of replaced professor toothy with some kind of original character it would of been an extremely good short story. Like I could see a series of children's books come out of it. But, instead it just leaves me slightly perplexed.
En lire plus
Une personne a trouvé cela utile
Utile
Envoi de commentaires en cours...
Merci de votre commentaire.
Malheureusement, nous n'avons pas réussi à enregistrer votre vote. Veuillez réessayer
Signaler un abus
Traduire les commentaires en Français

James B.
4,0 sur 5 étoiles It's Professor Toothy!
Commenté aux États-Unis le 22 janvier 2018
Achat vérifié
Jason Steel has decided to write a prequel to one of his lesser known videos, Professor Toothy. Set in a college of mages in another dimension, Steele tells us of the harrowing events that led to man being force fed lambchops from a floating, talking tooth.

Jason Bjelde
5,0 sur 5 étoiles Surprisingly great, quirky story.
Commenté aux États-Unis le 21 août 2017
Achat vérifié
I bought this on a whim, after seeing the ad for it on YouTube. I've always been a fan of Jason Steele's weird videos. After watching Professor Toothy and seeing reviews of this book. I didn't understand what this book would be but I knew I had to have it. So I got it and read in about two hours. It was well-written and really fun stuff. Would read again.
En lire plus
2 personnes ont trouvé cela utile
Utile
Envoi de commentaires en cours...
Merci de votre commentaire.
Malheureusement, nous n'avons pas réussi à enregistrer votre vote. Veuillez réessayer
Signaler un abus
Traduire les commentaires en Français