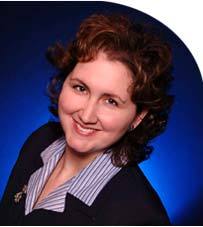 Mary Reed McCall once studied at the University of Leningrad and considered a career in national security. However, she soon realized her calling lay elsewhere and turned to her love of books for inspiration, eventually becoming a high school English teacher and a romance writer. She began work on her first novel one week after completing her M.A. in English literature. The award-winning author of seven novels for Avon Books, Mary lives in upstate New York with her family, sharing an often crazy but always wonderful life.

Callie
5,0 sur 5 étoiles Medieval romance
Commenté aux États-Unis le 5 avril 2015
Achat vérifié
Lady Alissende de Montague five years ago jilted Sir Damien five years ago and broke his heart. She later married a ma chosen by her family.She had a loveless and not treated very well marriage. Damien joined the Templar Knight and fought in the Holy Land .The king had declared they were committing heresy .He was now being tortured by the Inquisition. This is now five years later and Alissende is now a widow. Her husband was killed by Hugh de Valles who wants to marry her. He is even, more cruel and evil than her husband, Allissende knows of Hugh's torture so with a help of a Priest they set up a marriage of proxy between Damien and her. He will not know it is her till he comes to wed her. He finally agrees to marry her but for six months and then it will be annulled. He also will not call her wife in public and private and will not consummate the marriage. They will still have to sleep in the same bed to make it look like a real marriage.she still loves him but has has hardened his heart to her,You will see his defenses start to crumble but can they find love and begin again. Sir Hugh is not giving up taking her as his wife so that has to be dealt with. I like the author's work second book I have read with a couple more yet to be read.Medieval romance is my favorite to read.
En lire plus
Utile
Envoi de commentaires en cours...
Merci de votre commentaire.
Malheureusement, nous n'avons pas réussi à enregistrer votre vote. Veuillez réessayer
Signaler un abus
Traduire les commentaires en Français

Irene M.
5,0 sur 5 étoiles A Lush, Emotionally Charged, Sensual Delight!
Commenté aux États-Unis le 28 juin 2006
Achat vérifié
SINFUL PLEASURES, Mary Reed McCall's second book in her Templar Knights Trilogy is a gloriously romantic story and an outstanding historical drama; based in part on true events. In this exceptionally talented author's skillful hands ~ all the adventure, excitement, political intrigue and rich pageantry of the Medieval Era, as well as, the hardships, conflicts and, life and death struggles faced by the people of that time; are seamlessly woven into the storyline and vividly brought to life for the enjoyment of the reader. Although Ms. McCall's thorough research of the medieval era is clearly reflected in the meticulous attention she pays to historical detail; the author never lets the setting overshadow the beauty of a love story that can be only described as ~ a lush, emotionally charged, sensual delight.

Traditionally, the Holy Order of the Poor Knights of the Temple of Solomon was made up of proud, noble, strong and highly trained knights who had committed their lives to service and had taken vows of poverty, chastity, piety, and obedience. These valiant warrior-monks or Templar Knights, known for never surrendering in battle, were a fearsome and elite fighting force in medieval times, until ...a fateful Friday the 13th, in October of 1307. On this day King Philip the Fair of France ordered the immediate arrest and imprisonment of all Templar Knights on charges of heresy; allegations many believed was to allow the devious king to officially seize the Templar's vast wealth and assets. Thereafter, began a vile and corrupt inquisition that used horrific and despicable forms of torture to force innocent men to make false confessions of heresy; or perish by their righteous denial. Few men were able to survive hellish "questioning" by the French Inquisition...

The story begins about 6 months after the start of the Inquisition in a chateau in France; where Lady Alissende of Surry has gone to seek refuge. Lady Alissende, a lovely and wealthy young widow is being pressured by her well-meaning mother and Cousin Michael to accept a proxy marriage in order to save herself from being taken by force by her ruthless and unscrupulous Cousin Hugh, the Earl of Harwick ~ whose suit has the Kings support. After suffering in a loveless marriage for four years, Alissende would rather not marry at all, but like most women of her times, she knows she really has no way of protecting herself from the schemes, intrigues and whims of powerful men like the King or Hugh. Michael tells her she needs a strong man to defeat Hugh but it also must appear be a `reason of the heart' to pacify the King. He thinks the best choice for her husband is none other than Damien de Ashby; the man she had so foolishly and publicly rejected five years earlier ~ the man she truly never stopped loving.

Our hero, Damien de Ashby ~ fought hard to rise above his common blood and humble beginnings to become a strong, proud, and honorable knight. Once a well respected and nearly unbeatable tournament champion, known for his brave pure heart and fine face; he was nicknamed the Archangel. After being openly spurned and humiliated in front of nearly two hundred members of King Edward's court by Alissende ~ the woman who had shown him love beyond compare... but then coldly trampled his heart ~ a stunned and devastated Damien left England to devote his life the Templars. Now after spending several months in a French prison being subjected to unspeakable tortures by the Inquisition, Damien is rescued and brought back to health from the brink of death; only to be asked to marry and offer his protection to Alissende ~ the one person he thought he'd never see again in his lifetime. And the one person he's afraid he'll fall in love with all over again.

SINFUL PLEASURES is an exquisite tale of two lovers destined to be reunited; and joined together ~ body, heart and soul ~ for all time.

This heartwarming and unforgettable story is not to be missed ~ I can't recommend it enough.

Lily
4,0 sur 5 étoiles Sinful Pleasures
Commenté aux États-Unis le 11 janvier 2013
Achat vérifié
Damien de Ashby, former Templar Knight, is a prisoner of the Inquisition.A lady has paid for his rescue and he has been wed to her by proxy. Damien is unhappy about the marriage but when he meets the lady, he is more than distressed. Alissende of Surrey is his rescuer; once his lover; Alissende rejected him five years before and Damien is bitter. Alissende was reluctant to wed Damien by proxy but she is told that she needs a protector, especially someone who is proficient at fighting and who can prevent Hugh de Valles from forcing her into marriage; Alissende did not want to think of Damien being tortured by the Inquisition but she also still loves Damien. Damien agrees to let the marriage stand, for six months, no consummation of the vows and then an annulment at the end of six months.
En lire plus
Une personne a trouvé cela utile
Utile
Envoi de commentaires en cours...
Merci de votre commentaire.
Malheureusement, nous n'avons pas réussi à enregistrer votre vote. Veuillez réessayer
Signaler un abus
Traduire les commentaires en Français

Baazumi
5,0 sur 5 étoiles Well Worth Reading
Commenté aux États-Unis le 16 septembre 2008
Achat vérifié
Since previous reviewers have outlined the story in "Sinful Pleasures", let me just say that Damien de Ashby reminded me of Brad Pitt in
"Legends of the Fall". Anyone who saw that movie will most likely remember the strength, force, and emotional vulnerability that Pitt's character embodied. Damien de Ashby seemed to me a mirror image of those wonderful masculine qualities.

Pumitq
1,0 sur 5 étoiles HATED IT ! !!!!!
Commenté aux États-Unis le 13 novembre 2012
Achat vérifié
Do most romance writers believe, that ALL women like the story line: of heroine desperately in-love, while the hero does not fall in love until the end? There is nothing romantic about a woman pining for a man who refuses to love her.

Granted that in this story, the hero had every right not to want to love the heroine. But I just can't read, much less enjoy, a love story that is one sided (on the heroine's part) until toward the end, as it is in this story. Yes, the hero had loved the heroine in the past, (but this happened "off page") from the very beginning of this book the hero is determined not to fall in love with the heroine again, until almost the end. While the heroine had never stopped loving him (even when she had rejected him). Besides, all the stories I have read (from the Kindle selection) when dealing with the he/she did me wrong theme, if it is the hero who is at fault, upon his return the heroine quickly falls in love again, or even worse, still loves him despite his shabby treatment of her. YIKES!!!!!!!!

Also I really do not like when the hero is economically challenged.