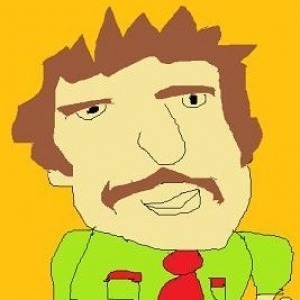 When everything fails, try this (Anglais) Broché – 6 février 2012

JOHN VESPASIAN writes about rational living and is the author of the books "When everything fails, try this" (2009), "Rationality is the way to happiness" (2009), "The philosophy of builders" (2010) and "The 10 principles of rational living" (2012). He has lived in New York, Madrid, Paris and Munich. His work reflects the values of self-reliance, tolerance and entrepreneurship.

EXCERPT FROM THE BOOK

Jules Corso was sitting in the garden behind his house, when he heard the doorbell ring. That Sunday afternoon, he had sent the maid home because he was not expecting visitors.

Only Adele was inside the house, in the living room. Watching TV seemed to calm her down. Sitting motionless on the sofa, she could stare at the moving images for hours, while she repeated from time to time random sentences that she picked up from the dialogues. Alzheimer had turned Adele's mind into an endless loop without logic nor direction.

When Jules Corso opened the front door of the house, he faced Albert Farnese, a young police officer whom he knew vaguely.

“We have brought your wife back,” announced Farnese.

His colleague, Michel Brin, had remained in the police car parked at the curb in front of Corso's house. A woman was sitting on the back seat of the car. It was Adele.

“But she was watching TV,” retorted Corso surprised.

“A neighbour called,” Officer Farnese went on. “She saw your wife wander along the road.”

The police officer was visibly embarrassed. In two weeks, Jules Corso might be elected mayor of Charlerois and, indirectly, he would become his boss. For sure, Corso would not want people to know about his crazy wife. Farnese saw him run from the house to the police car, open the door, and embrace his wife.

Michel Brin, the officer who had remained behind the steering wheel, got out of the car and helped the woman step out. She had dirt and blood on her face.

“She was lying on the ground when we found her,” Officer Brin explained. “She must have fallen.”

He did not tell Corso that they had found his wife kneeling on the grass beside the road, crying and talking to herself. Michel Brin fixed his eyes on the house in front of him. He could not bear the sight of Corso's suffering, as he held his wife in his arms beside the police car.

“Do you want us to call a doctor?”

“There is no need,” replied Corso.

He took a handkerchief out of his pocket and wiped Adele's face clean, but she began to cry again.

Peter Adamson
4,0 sur 5 étoiles Interesting novel with some great characters
Commenté au Royaume-Uni le 7 juillet 2013
Achat vérifié
I enjoyed reading John's novel. I would have given it five stars if there had been fewer characters as, at times, I found it difficult to follow the many interactions taking place. Also, some characters had a great back-story whereas some seemed to simply appear!
I also liked the fact that it was set in Europe and characters were able to travel freely between countries. All the major themes were neatly tied off by the close of the page.