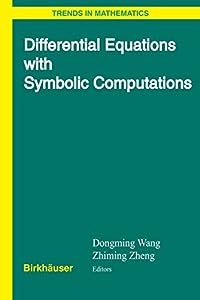 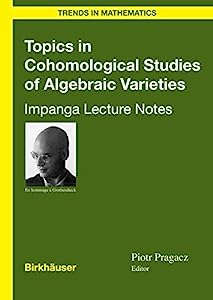 The articles in this volume study various cohomological aspects of algebraic varieties:
- characteristic classes of singular varieties;
- geometry of flag varieties;
- cohomological computations for homogeneous spaces;
- K-theory of algebraic varieties;
- quantum cohomology and Gromov-Witten theory.
The main purpose is to give comprehensive introductions to the above topics through a series of "friendly" texts starting from a very elementary level and ending with the discussion of current research. In the articles, the reader will find classical results and methods as well as new ones. Numerous examples will help to understand the mysteries of the cohomological theories presented. The book will be a useful guide to research in the above-mentioned areas. It is adressed to researchers and graduate students in algebraic geometry, algebraic topology, and singularity theory, as well as to mathematicians interested in homogeneous varieties and symmetric functions. Most of the material exposed in the volume has not appeared in books before.
Contributors:
Paolo Aluffi
Michel Brion
Anders Skovsted Buch
Haibao Duan
Ali Ulas Ozgur Kisisel
Piotr Pragacz
Jörg Schürmann
Marek Szyjewski
Harry Tamvakis 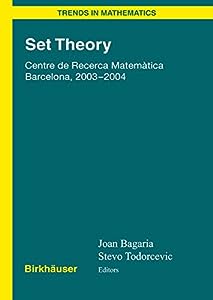 Set Theory: Centre de Recerca Matemàtica Barcelona, 2003-2004 (Trends in Mathematics) (English Edition) (5 septembre 2006)
par Joan Bagaria (Sous la direction de) , Stevo Todorcevic (Sous la direction de)
This is a collection of articles on set theory written by some of the participants in theResearchProgrammeonSetTheoryanditsApplicationsthattookplaceatthe Centre de Recerca Matem atica (CRM) in Bellaterra (Barcelona). The Programme run from September 2003 to July 2004 and included an international conference on set theory in September 2003, an advanced course on Ramsey methods in ? analysis in January 2004, and a joint CRM-ICREA workshop on the foundations of set theory in June 2004, the latter held in Barcelona. A total of 33 short and long term visitors from 15 countries participated in the Programme. This volume consists of two parts, the ?rst containing survey papers on some of the mainstream areas of set theory, and the second containing original research papers. All of them are authored by visitors who took part in the set theory Programme or by participants in the Programme s activities. The survey papers cover topics as Omega-logic, applications of set theory to lattice theory and Boolean algebras, real-valued measurable cardinals, complexity of sets and relations in continuum theory, weak subsystems of axiomatic set t- ory, de?nable versions of large cardinals, and selection theory for open covers of topological spaces. As for the research papers, they range from topics such as the number of near-coherence classes of ultra?lters, the consistency strength of bounded forcing axioms, P (?) combinatorics, someapplicationsof morasses, subgroupsofAbelian ? Polish groups, adding club subsets of ? with ?nite conditions, the consistency 2 strength of mutual stationarity, and new axioms of set theory."
En lire plus 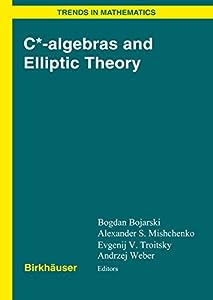 This book consists of reviewed original research papers and expository articles in index theory (especially on singular manifolds), topology of manifolds, operator and equivariant K-theory, Hopf cyclic cohomology, geometry of foliations, residue theory, Fredholm pairs and others, and applications in mathematical physics. The wide spectrum of subjects reflects the diverse directions of research for which the starting point was the Atiyah-Singer index theorem. 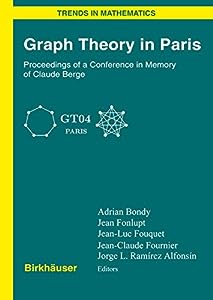 Graph Theory in Paris: Proceedings of a Conference in Memory of Claude Berge (Trends in Mathematics) (English Edition) (22 décembre 2006)

In July 2004, a conference on graph theory was held in Paris in memory of Claude Berge, one of the pioneers of the field. The event brought together many prominent specialists on topics such as perfect graphs and matching theory, upon which Claude Berge's work has had a major impact. This volume includes contributions to these and other topics from many of the participants. 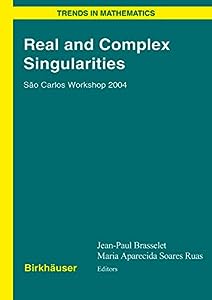 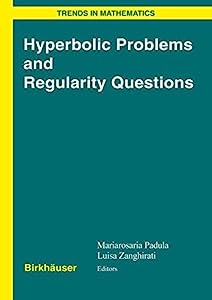 This book discusses new challenges in the quickly developing field of hyperbolic problems. Particular emphasis lies on the interaction between nonlinear partial differential equations, functional analysis and applied analysis as well as mechanics. The book originates from a recent conference focusing on hyperbolic problems and regularity questions. It is intended for researchers in functional analysis, PDE, fluid dynamics and differential geometry. 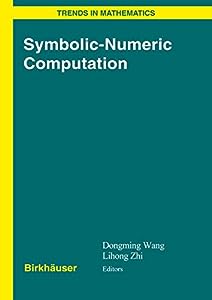 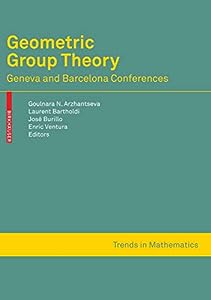 This volume has its origins in the Barcelona Conference in Group Theory (July 2005) and the conference "Asymptotic and Probabilistic Methods in Geometric Group Theory" held in Geneva (June 2005). Twelve peer-reviewed research articles written by experts in the field present the most recent results in abstract and geometric group theory. In particular there are two articles by A. Juhász. 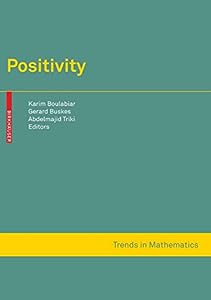 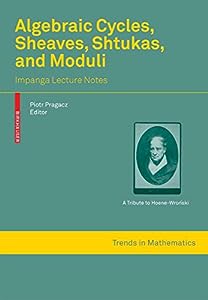 Articles examine the contributions of the great mathematician J. M. Hoene-Wronski. Although much of his work was dismissed during his lifetime, it is now recognized that his work offers valuable insight into the nature of mathematics. The book begins with elementary-level discussions and ends with discussions of current research. Most of the material has never been published before, offering fresh perspectives on Hoene-Wronski’s contributions. 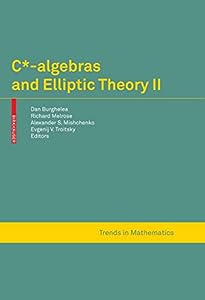 This book consists of a collection of original, refereed research and expository articles on elliptic aspects of geometric analysis on manifolds, including singular, foliated and non-commutative spaces. The topics covered include the index of operators, torsion invariants, K-theory of operator algebras and L2-invariants. There are contributions from leading specialists, and the book maintains a reasonable balance between research, expository and mixed papers. 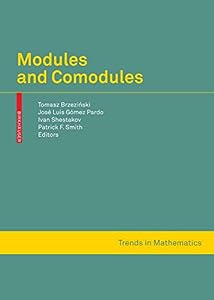 The 23 articles in this volume encompass the proceedings of the International Conference on Modules and Comodules held in Porto (Portugal) in 2006. The conference was dedicated to Robert Wisbauer on the occasion of his 65th birthday. These articles reflect Professor Wisbauer's wide interests and give an overview of different fields related to module theory. While some of these fields have a long tradition, others represented here have emerged in recent years. 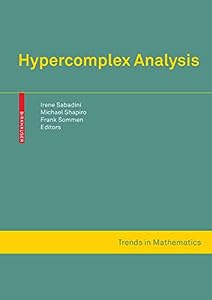 Hypercomplex Analysis (Trends in Mathematics) (English Edition) (21 avril 2009)
This volume contains some papers written by the participants to the Session Quaternionic and Cli?ord Analysis of the 6th ISAAC Conference (held in Ankara, Turkey, in August 2007) and some invited contributions. The contents cover several di?erent aspects of the hypercomplex analysis. All contributed - pers represent the most recent achievements in the area as well as state-of-the art expositions. The Editors are grateful to the contributors to this volume, as their works show how the topic of hypercomplex analysis is lively and fertile, and to the r- erees, for their painstaking and careful work. The Editors also thank professor M.W. Wong, President of the ISAAC, for his support which made this volume possible. October 2008, Irene Sabadini Michael Shapiro Frank Sommen Quaternionic and Cli?ord Analysis Trends in Mathematics, 1 9 c 2008 Birkh] auser Verlag Basel/Switzerland An Extension Theorem for Biregular Functions in Cli?ord Analysis Ricardo Abreu Blaya and Juan Bory Reyes Abstract. In this contribution we are interested in ?nding necessary and s- ?cient conditions for thetwo-sided biregular extendibility of functions de?ned 2n on a surface of R, but the latter without imposing any smoothness requi- ment. Mathematics Subject Classi?cation (2000). Primary 30E20, 30E25; Secondary 30G20. Keywords.Cli?ord analysis, biregular functions, Bochner-Martinelli formulae, extension theorems."
En lire plus 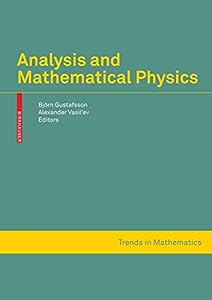 Our knowledge of objects of complex and potential analysis has been enhanced recently by ideas and constructions of theoretical and mathematical physics, such as quantum field theory, nonlinear hydrodynamics, material science. These are some of the themes of this refereed collection of papers, which grew out of the first conference of the European Science Foundation Networking Programme 'Harmonic and Complex Analysis and Applications' held in Norway 2007. 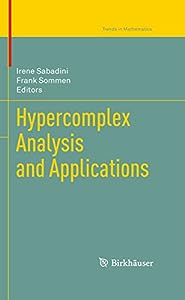 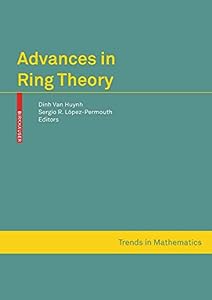 Advances in Ring Theory (Trends in Mathematics) (English Edition) (28 janvier 2011)
par Sergio R. López-Permouth (Sous la direction de) , Dinh Van Huynh (Sous la direction de)
The International Conference on Algebra and its Applications held in Athens, Ohio, June 18 21, 2008 and sponsored by the Ohio University Center for Ring TheoryanditsApplications(CRA)hadasitscentralpurposetohonorSurenderK. Jain, the Center s retiring ?rst director, on the dual occasion of his 70th birthday and of his retirement from Ohio University. With this volume we celebrate the contributions to Algebra of our distinguished colleague. One of Surender s main attributes has been the way in which he radiates enthusiasm about mathematical research; his eagerness to pursue mathematical problems is contagious; we hope that reading this excellent collection of scholarly writings will have a similar e?ect onourreadersandthatyouwillbeinspiredtocontinuethepursuitofRingTheory as well as Algebra and its Applications. As with previous installments of CRA conferences, the underlying principle behind the meeting was to bring together specialists on the various areas of - gebra in order to promote communication and cross pollination between them. In particular, a common philosophy of our conferences through the years has been to bringalgebraistswho focus onthe theoreticalaspects ofour?eld withthose others who embraceapplicationsofAlgebraindiverseareas.Clearly, asa re?ectionofthe interests of the organizers, the applications we emphasized were largely within the realmofCoding Theory.The philosophybehind the organizationofthe conference has undoubtedly impacted this Proceedings volume. For the most part, the contributors delivered related talks at the conference itself.However, therearealsoacoupleofcontributionsinthisvolumefromauthors who could not be present at the conference but wanted to participate and honor Dr. Jain on this occasion. All papers were subject to a strict process of refereeing and, in fact, not all submissions were accepted for publication."
En lire plus 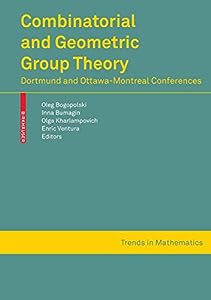 Combinatorial and Geometric Group Theory: Dortmund and Ottawa-Montreal conferences (Trends in Mathematics) (English Edition) (28 janvier 2011)
The paper by O. Bogopolski and A. Vikentiev describes some particularly useful?niteindexsubgroupsoftheautomorphismgroupofa?nitelygeneratedfree group. One of their uses may be to attack the problem on the Kazhdan property (T) for these groups. The paper of A. Juhasz contains a solution of the di?cult membership problem in a subclass of one-relator groups. Papers of F. Matucci, D. Savchuk and R. Zarzycki will attract the attention of those who want to know more about groups of transformations of the unit interval [0,1], in particular about the famous Thompson s group F and its limit properties. The paper by A.J. Duncan, V. Dieckert and A.G. Myasnikov contains a very thoroughsurveyonrewritingsystemswithnewissuesonin?niterewritingsystems. The paper by L. Frenkel, A.G. Myasnikov and V.N. Remeslennikov is devoted to theproblemofhowto measuresomesubsets infreegroupsbyusingrandomwalks. The results of this paper may be used for designing algorithms that run fast on almost all inputs. This paper as well as the paper by M. Hock and B. Tsaban are highly recommended to specialists in cryptography. Finally, the paper by D. Goncalves and P. Wong is devoted to the twisted conjugacy in 2-dimensional crystallographic groups. We are very grateful to the organizations that supported these two conferences: TheconferenceinDortmundwasorganizedbyO.Bogopolski, M.-T.Bochnig, G.Rosenberger, V.Shpilrainand E.Ventura.Thisconferencewas?nancially supported by DAAD (Deutscher Akademischer Austauschdienst), by DFG (Deutsche Forschungsgemeinschaft), and by the Universit] at Dortmund. The URL address for its homepage is http: //www.mathematik.uni-dortmund.de/?gcgta/."
En lire plus 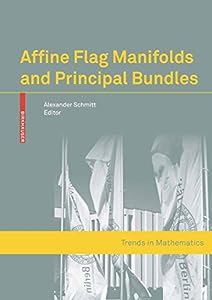 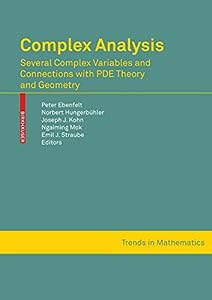 Complex Analysis (Trends in Mathematics) (English Edition) (30 janvier 2011)
Several Complex Variables is a beautiful example of a ?eld requiring a wide rangeoftechniquescoming fromdiverseareasin Mathematics.Inthe lastdecades, many major breakthroughs depended in particular on methods coming from P- tial Di?erential Equations and Di?erential and Algebraic Geometry. In turn, S- eralComplexVariablesprovidedresultsandinsightswhichhavebeenoffundam- tal importance to these ?elds. This is in particular exempli?ed by the subject of Cauchy-Riemanngeometry, whichconcernsitselfbothwiththetangentialCauchy- Riemannequationsandtheuniquemixtureofrealandcomplexgeometrythatreal objects in a complex space enjoy. CR geometry blends techniques from algebraic geometry, contact geometry, complex analysis and PDEs; as a unique meeting point for some of these subjects, it shows evidence of the possible synergies of a fusion of the techniques from these ?elds. The interplay between PDE and Complex Analysis has its roots in Hans Lewy s famous example of a locally non solvable PDE. More recent work on PDE has been similarly inspired by examples from CR geometry. The application of analytic techniques in algebraic geometry has a long history; especially in recent - years, the analysis of the ?-operator has been a crucial tool in this ?eld. The - ?-operator remains one of the most important examples of a partial di?erential operator for which regularity of solutions under boundary constraints have been extensively studied. In that respect, CR geometry as well as algebraic geometry have helped to understand the subtle aspects of the problem, which is still at the heart of current research."
En lire plus 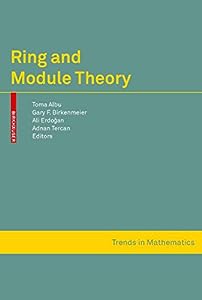 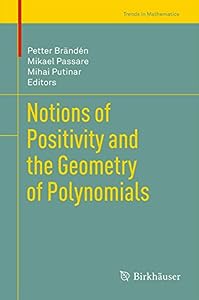